We Must Ask God for the Desire to do His Will

We Must Ask God for the Desire to do His Will 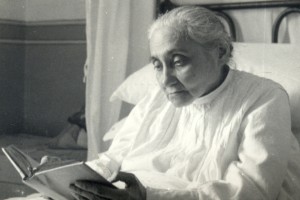 V21 – 3.10.27 – “My daughter, You Must Know that, before sinning, Adam did his acts in the Divine Fiat. This meant that the Trinity had given him possession of this Kingdom, because, in order to possess a kingdom, it takes one who forms it, one who gives it, and one who receives it. The Divinity formed It and gave It; man received It. So, in his first period of creation, Adam possessed this Kingdom of the Supreme Fiat, and since he was the head of all human generations, all creatures received the right to this possession.

“By withdrawing from Our Will, Adam lost the possession of this Kingdom, because by doing his own will, he placed himself as though in a state of war against the Eternal Fiat, and—poor one—not having enough strength to fight, nor an army well equipped to be able to wage war on a Will so holy, that possessed an invincible strength and a formidable army, he was defeated and lost the Kingdom he had been given by Us. More so, since the strength he possessed before was Our own, as We had given him also Our own army at his disposal; but as he sinned, the strength returned to Our source, and the army withdrew from him, placing itself at Our disposal. However, all this did not take away from his descendants the rights to reconquer the Kingdom of My Will.

And Jesus, moving in my interior, told me: “My daughter, in the natural order, one who falls from a very high point either perishes completely or remains so wrecked and deformed that it is impossible for him to recover his original state of health, of beauty, of stature. He will remain as a poor cripple, blind, bent over and lame; and if he is a father, from him will come the generation of the cripple, of the blind, of the hunchback, and of the lame.

“In the same way, in the supernatural order, Adam fell from an extremely high point. He had been placed by his Creator at a point so high as to surpass the height of the heavens, of the stars, of the sun. By living in My Will, he dwelled above everything—in God Himself. Do you see, then, from what point Adam fell? Given the height from which he fell, it was a miracle that he did not perish completely; but even though he did not perish, the blow he received with the fall was so violent, that it was inevitable for him to remain crippled, wrecked, and deformed of his rare beauty. He remained shattered in all his goods, numb in operating, dazed in his intellect. A continuous fever debilitated him, such that, as it weakened all his virtues, he no longer felt the strength to dominate himself. The most beautiful character of man—the dominion of himself—had vanished, while passions took over, to tyrannize him, and to render him restless and melancholic. And since he was father and head of the generations, from him came the family of the cripple.

“They think that not doing My Will is something trivial, but instead, it is the total ruin of the creature; and as many more acts of her own will as she does, so many times does she increase her evils, her ruin, and she digs for herself the most profound abyss in which to fall.”

Then, I was thinking to myself: “If by withdrawing from the Divine Will only once, Adam fell so low and turned his fortune into misery, his happiness into bitternesses—what will happen with us, who withdraw from this adorable Will times upon times?”

But while I was thinking of this, my beloved and only Good, added: “My daughter, Adam fell so low, because he withdrew from an expressed Will of his Creator, that enclosed the test in order to prove his faithfulness toward He who had given him life and all the goods he possessed. More so, since after the so many goods He had given to him for free, God asked of him to deprive himself of one fruit alone of the many fruits He had given him, for love of He who had given him everything.

“And in this little sacrifice that God wanted from him, He had let him know that it was for nothing else but to be sure of his love and of his faithfulness. Adam should have felt honored that his Creator wanted to be sure of the love of His creature. His fault was greater because the one who attracted him and convinced him to fall was not a being superior to him, but a vile serpent—his major enemy. His fall brought graver consequences, because he was the head of all generations, therefore, as though naturally, all the members were to feel the effects of the evil of their head.

“See, then: when My Will is expressed, wanted and commanded, the sin is graver and the consequences are irreparable; and only My Divine Will Itself can make up for such great evil, as it happened with Adam. On the other hand, when It is not expressed, even though the creature has the duty to pray to Me in order to know My Will in her operating, if there is some good in her act, it is My pure Glory, while—if My Will is not expressed—the evil is not so grave, and it is easier to find a remedy.

“And I do this with each creature, in order to test their faithfulness, and also to secure the love that they say they have for Me. Who would not want to be sure about a property he has acquired, to the point that they write the deed? Who would not want to be sure about the faithfulness of a friend, or about the true loyalty of a servant? So, in order to be sure, I let them know that I want some little sacrifices, that will bring all goods and sanctity to them, and they will fulfill the purpose for which they were created. But if they are reluctant, everything will be upset in them, and all evils will swoop down upon them. Therefore, not doing My Will is always an evil—more or less grave, depending on the knowledge of It that one possesses.”

V35 – 8.23.37 – “You Must Know that the more the creature seeks My Will—wanting to Know It, Loving It, and not letting It escape in each of her acts—the more My Will grows to Its Fullness. One more little attention is enough to make It grow—a sigh, a Desire for Its Life. O, how wonderfully It grows, pushing It so high, up to the heights of the Divine Sphere, to know the Highest and most Intimate Secrets. My Will is Life, and as Life It does not want to stop. It wants to grow continuously, and to grow It awaits the most tiny act, a loving invitation from the creature; even more so, since It doesn’t want to grow by force, but It wants the creature also to Desire the continuous Growth and Fullness of My Will. As Its Fullness grows, so does the Divine Strength within the soul—the Sanctity, the Beauty, the Happiness, the Knowledge—and the Fullness of the Innumerable Goods that My Divine Fiat possesses.

“See then, how much it means one additional act—a sigh, a Desire for It, a call: it is acquiring more of a Divine Strength; it is being embellished, so much so, that We Ourselves remain enraptured. So We look and look at her again and again, and We recognize in her Our Strength and Our Beauty, and O, how much We Love her! We feel even more Happy because she is for Us the Bearer of Our Joys and of Our Goods. Before this creature Our Love swells up, It overflows from Ourselves and pours into her so much that It fills her up, forming around and inside of her Our Maze of fidgeting Love—the ardent Desire to make grow the Fullness of Our Will.

“My daughter, there is a great difference between those who are all attentive, all eyes and all heart for My Will, and the ones who just want It, but without any special attention. It seems that these don’t have eyes to see It, heart to love It, and voice to call It in all things. Maybe they possess My Will in small part, but Its Fullness is far away from them.”

V35 – 9.6.37 – “You Must Know that when We Love without finding anyone who Loves Us, Our Love does not know where to lean to be Loved in return. So It goes wandering around, bursts into delirious fidgets, and if It doesn’t find even a little ‘I love you’ from a creature on which to lean, It withdraws back into Ourselves—to where We keep Our Center of Love. But it does it with a Pain that a created mind cannot comprehend. The sufferings of a Love not returned are unspeakable. They surpass all other pains. We want to Give always—We are in continuous Act of Giving—but We want to find her (human) will willing to receive: a desire, a sigh, as the place—the little shelves on which to place Our Will, and all that We Want to Give and do. These Desires and Sighs are like ears that listen to Us, eyes that look at Us, hearts that love Us, minds that comprehend Us. If We don’t find these little shelves, We cannot give her anything, and she remains blind, deaf, mute and with no heart. Therefore, Our Will is put into flight, and It returns to the shelter of Our Celestial Regions.”

Permanent link to this article: https://bookofheaven.org/2015/01/28/we-must-ask-god-for-the-desire-to-do-his-will/