In all the events of life, You Must recognize the Divine Will. Adore and bless It, especially in the things which are the hardest for you. 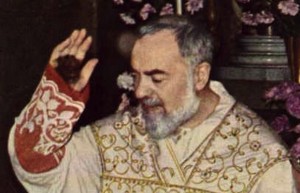 V30 – 12.21.31 – “My daughter, to recognize what My Divine Will can do in the act of the creature forms the Divine Act in her; and in this act, as its foundation, My Divine Will places the Divine Beginning; and as it keeps forming, It invests it with Its Immutability, in such a way that the creature will feel in her act a Divine Beginning that never shows any sign of ending, and an Immutability that never changes. She will hear within herself the ringing of the little bell of her continued act that does its continuous course. This is the sign that the soul has received the Divine Beginning into her acts: the continuation—a prolixious act says God Dwelling in her and in her acts; it says Confirmation of the Good, because the Value, the Grace, the Power of a continued act is so great, that it fills the little voids of intensity of love, the little weaknesses to which the human nature is subject. It can be said that a continued act or virtue, is like the judge, the order, the sentry of the creature. This is why I care so much that your acts be continuous—because there is something of My Own inside of them, and I would feel My Act dishonored in yours.

“See, My daughter, My Ardor of Love is so great, that I want everything I have done for Love of creatures to be recognized; but this, for nothing else than to give. I feel a restlessness for giving, I want to form the Depositories of My Life, of My Works, of My Pains, of My tears—of everything. But these do not depart from Me if they are not recognized. By not recognizing them, they prevent My step from drawing near to place in them what, with so much Love, I want to give; and besides, they would remain without the Effects, they would be like many blind who cannot see what is around them.

“On the other hand, the recognizing is sight for the soul, that makes the desire and the love arise, and therefore the Gratitude toward I who so much want to give; and they jealously keep My Treasure deposited in them, and, in the circumstances, they make use of My Life as Guide, of My Works in order to Confirm their works, of My Pains as support of their pains, and of My Tears in order to wash themselves if they are stained. And—O! how happy I AM that they make use of Me and of My Works in order to help themselves. This was My Purpose for coming upon earth—to remain like a Little Brother in their midst, and inside of them as help in their needs. As they recognize Me, I do nothing other than reflect Myself in them in order to Seal the Good that they have known; almost like sun that, by reflecting its light over plants and flowers, communicates the substance of the sweetness and of the colors—not just apparent, but in reality.

“So, if you want to receive much, seek to know what My Will did and does in Creation, and what It did in Redemption, and I will be Generous with you, and will deny you nothing of what I make you know. Even more, know that if I do not stop yet acting as your Teacher, to make known to you many other things that belong to Me, it is because I want to keep giving you what I make you know. I would not remain content if I did not have something to give, and always New Things to give to My daughter; therefore I anxiously wait for you to set in place, in your soul, what you have known, that you may retain it as your own thing. And while you set it in place, in order to help you set it, I keep caressing you, molding you, strengthening you; I expand your capacity—in sum, I Renew what I did in the Creation of the first creature. More so since, those being My Own Things that you have known and that I want to deposit in you, I do not want to trust anyone—not even yourself. I Myself, with My Own Creative Hands, want to prepare the place and deposit them in you; and in order to keep them safe, I surround them with My Love, with My Strength, and with My Light as Guard. Therefore, be attentive, let nothing escape you, and in this way you will give Me the field to be able to give you the Most Beautiful Surprises.”

V31 – 3.5.33 –“Ah! there is neither Peace, nor Union, without My Divine Will! There is lacking one who places the cement in order to Reunite the divided parts and render it Strong against all the evils that can rise up. Therefore, your Jesus does nothing other then weep over the ruins of these more than over disordered Jerusalem, that instead of recognizing their Messiah, ignored Him and gave Him death. The same for My Divine Will, It becomes ignored while It is in the midst of them, and in them, and they form of their souls little disordered cities that constrain Me to make Me repeat the threat that ‘not a stone will remain on a stone’ for them, because without My Divine Will they are citadels without a king, therefore they have neither one who protects them, nor who defends them, nor who administers to them the necessary foods in order to do Good and not let them entangle themselves in evil. And I cry over their fate, and I pray that they recognize My Divine Will, Love It and let It Reign; and you pray together with Me.”

V32 – 3.12.33 – “… My Fiat remains with the Sorrow of not having been recognized, and with the nightmare of not having given Its Divine Gifts, because not knowing It, one lacks the capacity and the will to receive Royal Gifts.

“I act as a king who, disguising himself, passes through the midst of the people. If they pay attention to him, even though he does not wear royal garments they know him by his ways, by his face. And gathering around him they will give him the honors of king and they will ask for gifts and favors. And the king will award the attention of those who recognize him disguised, and he will give them even more of what they want. And to those who do not recognize him, he will pass unnoticed, without giving them anything. Even more, because they themselves do not ask him for anything, believing him to be one of the ordinary people.

“In the same way does My Divine Will act when It is recognized under the Garments of created things. It reveals Itself and It does not wait like the king to be asked for gifts and favors, but It Itself says: ‘I am here, what do you want?’ And It Super-Abounds in giving Gifts and Celestial Favors. But It goes further than the king, Bilocating Itself, It gives Its own Life to the creature who has known It, that which the king does not do.

“Now you also can say, ‘I am Will of God,’ and make of yourself the covering, the Garment that hides My Divine Will. Not only if you recognize It in all created things, but if you recognize It in yourself, if you give It the Dominion in all your acts, and if all that which the covering makes of your being you place at Its Service in order to make Its Life grow in you, It will fill you so much that nothing will remain of you except just the Garment, that will serve only as covering. And you will be Happier than all the created things, because you will be the Living Covering, such that you will divide together with It Its Joys, Its Happiness, and also Its Infinite Sorrows because It wants to be the Life of each creature, but ungrateful they do not give It the Full Dominion. In sum, you will always Live together, keeping each other Perennial Company, forming one single Life.”

Permanent link to this article: https://bookofheaven.org/2015/08/29/padre-pios-words-of-faith/