Gospel Reading for Oct. 29, 2016 with Divine Will Truths – Jesus Communicates Himself to the Humble

Not Just in Our Hearts: The True Social Kingship of Christ

In the encounter with Jesus, a new life. 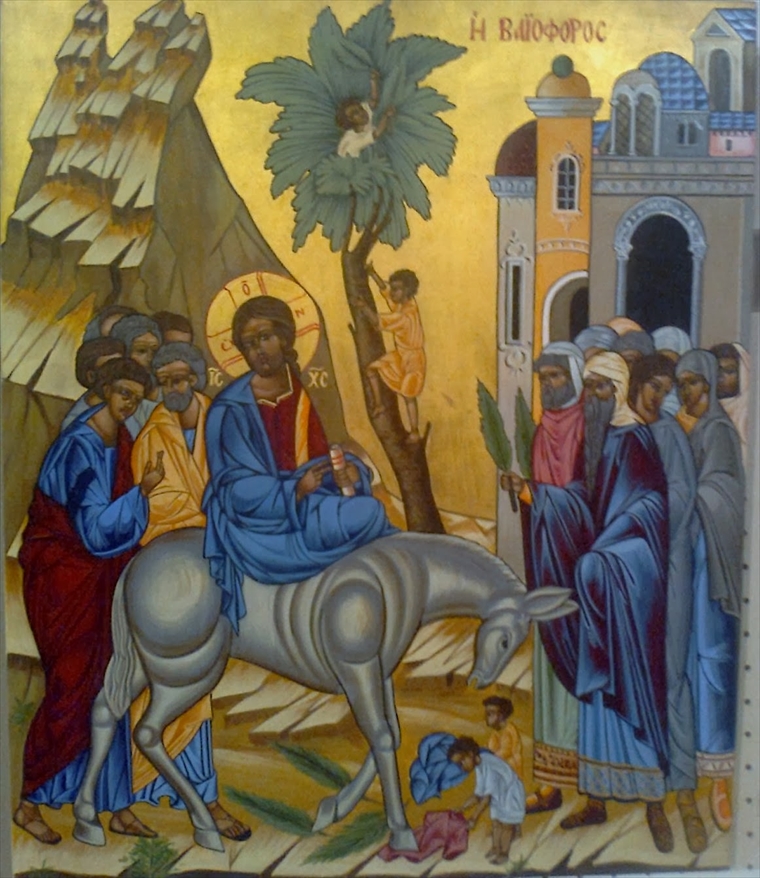 The Evangelist St Luke pays special attention to the theme of Jesus’ mercy. In fact, in his narration we find some episodes that highlight the merciful love of God and of Christ, who said that he had come to call, not the just, but sinners. Among Luke’s typical accounts there is that of the conversion of Zacchaeus, which is read in this Sunday’s Liturgy. Zacchaeus is a publican, indeed, he is the head of the publicans of Jericho, an important city on the River Jordan. The publicans were the tax collectors who collected the tribute that the Jews had to pay to the Roman Emperor, and already for this reason they were considered public sinners. What is more, they often took advantage of their position to extort money from the people. Because of this Zacchaeus was very rich but despised by his fellow citizens. So when Jesus was passing through Jericho and stopped at the house of Zacchaeus, he caused a general scandal. The Lord, however, knew exactly what he was doing. He wanted, so to speak, to gamble, and he won the bet: Zacchaeus, deeply moved by Jesus’ visit, decided to change his life, and promised to restore four times what he had stolen. “Today salvation has come to this house”, Jesus says, and concludes: “The Son of Man came to seek and to save the lost”.

Zacchaeus’s restlessness and dissatisfaction reflect a life lived in sin. His frantic search for riches, the desire to be greater than others and oppress them represent the “folly” of sin.

In one of Luisa’s writings dated April 1, 1922, Jesus speaks of how sin is like a tyrant for man, taking control and pushing him toward madness. During His Passion Jesus experienced the greatest humiliation when they clothed him and treated him like a madman. He became an amusement for the Jews, a rag; His infinite wisdom could not have been endured a greater humiliation. Yet, it was necessary that the Son of God should experience this suffering. By sinning man becomes mad. He could not bring upon himself a greater madness. From being a king, in the order of God’s creation, man becomes a slave and succumbs to vile passions that oppress him and that, more than lead him to madness, chain him to their good pleasure, throwing him in the mud and covering him with the most horrific filth. Sin is great folly! In this state man could never stand before the Supreme Majesty. For this reason Jesus wanted to suffer such humiliating pain to set man free from this state of madness, offering Himself to His Heavenly Father to undergo the suffering demanded by the folly of sin. All the sufferings that Jesus experienced in His Passion were none other than the echo of the sufferings that creatures deserve. This echo resounded upon Him subjecting Him to pains, scorn, derision, mockery and all sorts of torments.

Zacchaeus welcomed Jesus and he converted because Jesus first welcomed him! He did not condemn him but he met his desire for salvation.

God excludes no one, neither the poor nor the rich. God does not let himself be conditioned by our human prejudices, but sees in everyone a soul to save and is especially attracted to those who are judged as lost and who think themselves so. Jesus Christ , the Incarnation of God, has demonstrated this immense mercy, which takes nothing away from the gravity of sin, but aims always at saving the sinner, at offering him the possibility of redemption, of starting again from the beginning, of converting. In another passage of the Gospel Jesus states that it is very difficult for a rich man to enter the Kingdom of Heaven.

In the case of Zacchaeus we see that precisely what seems impossible actually happens. And above all, we see that Zacchaeus knows how to use his wealth to repair his sins and to offer all his love in sharing with the poor.

Let us pray  so that we too may experience the joy of being visited by the Son of God, of being renewed by his love and of transmitting His mercy to others.