Gospel Reading for Nov. 26, 2016 with Divine Will Truths – Be Vigilant

Gospel Reading for Nov. 28, 2016 with Divine Will Truths – Faith Makes One Find God 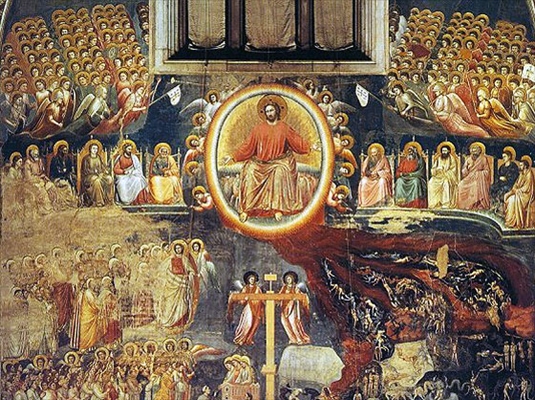 The first Sunday of Advent, the Church begins a new Liturgical Year, a new journey of faith that on the one hand commemorates the event of Jesus Christ and, on the other, opens to its ultimate fulfillment. It is precisely in this double perspective that she lives the Season of Advent, looking both to the first coming of the Son of God, when He was born of the Virgin Mary, and to His glorious return, when He will come “to judge the living and the dead”, as we say in the Creed.

For Christians the word  Advent means a marvelous and overwhelming reality: God Himself has crossed the threshold of His heaven and has lowered Himself to man;

Jesus said to Luisa that God’s love for humanity was so much, that the Heavens abased themselves and the earth elevated itself, if the Heavens didn’t abase themselves, the earth had no virtue to elevated itself, it was the Heaven of the Supreme Being, that taken by an excess of love, the greatest not ever heard of, abased Himself, kissed the earth elevating it to Himself and formed for Himself the attire of Jesus’ Humanity in order to cover Himself, hide Himself, unite Himself together, in order to have common life with Her, and forming not only one excess of love but a chain of continuous excesses, He restricted God’s immensity in the little circle of Jesus’ Humanity; for Him the power, the immensity, the strength was nature, and to use it would not have cost Him anything, that which cost Him was that in His Humanity He had to restrict His immensity, and remain as if He might not have either power, nor strength, while they were already with Him and inseparable from Him, and He had to adapt Himself to the little acts of His Humanity, and only for love, not because He couldn’t. Hence He descended in all the human acts in order to elevate them and give the form and the divine order to Him. Man with doing his will destroyed in himself the way and the divine order, and Jesus’ Divinity covered by His Humanity, came to re-do everything man had destroyed; can one give greater love, toward a creature so ungrateful?”

Advent is the time of waiting and of the presence of the Lord. It is precisely for this reason in particular, it’s the time of joy, a joy that no suffering can erase.

Expectation or waiting is a dimension that flows through our whole personal, family and social existence. Expectation is present in thousands of situations, from the smallest and most banal to the most important that involve us completely and in our depths. Among these, let us think of waiting for a child, on the part of a husband and wife; of waiting for a relative or friend who is coming from far away to visit us; let us think, for a young person, of waiting to know his results in a crucially important examination or of the outcome of a job interview; in emotional relationships, of waiting to meet the beloved, of waiting for the answer to a letter, or for the acceptance of forgiveness…. One could say that man is alive as long as he waits, as long as hope is alive in his heart. And from his expectations man recognizes himself: our moral and spiritual “stature” can be measured by what we wait for, by what we hope for.

Every one of us, therefore, especially in this Season which prepares us for Christmas, can ask himself: What am I waiting for? What, at this moment of my life, does my heart long for? And this same question can be posed at the level of the family, of the community, of the nation. What are we waiting for together? What unites our aspirations, what brings them together? In the time before Jesus’ birth the expectation of the Messiah was very strong in Israel – that is, the expectation of an Anointed one, a descendent of King David, who would at last set the people free from every form of moral and political slavery and find the Kingdom of God. But no one would ever have imagined that the Messiah could be born of a humble girl like Mary, the betrothed of a righteous man, Joseph. Nor would she have ever thought of it, and yet in her heart the expectation of the Savior was so great, her faith and hope were so ardent, that he was able to find in her a worthy mother. Moreover, God himself had prepared her before time.

The Blessed Virgin Mary is our model and support, through her, the little Jesus was given to us. Advent calls us, in the midst of the difficulties of life and the world, to renew the certainty that God exists, that He came into the world to be our true Savior, the powerful Savior who saves us with His love. The Lord asks us to become a sign of His action in the world. Through our faith, our hope, our charity, He wants to enter the world again and again wants to shine His light into our darkness.