FEAST OF THE HOLY NAME OF MARY 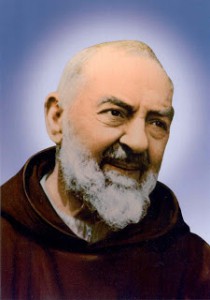 The power and office of “Lady Obedience.”

This morning, after receiving Communion, I was saying to my lovable Jesus: “How is it that this virtue of obedience is so impertinent, and sometimes so strong as to reach the point of being capricious.”

And He: “Do you know why this noble lady obedience is as you say? Because she gives death to all vices and, naturally, one who has to inflict death upon someone else must be strong and courageous; and if he does not succeed with this, he will use impertinences and caprices. If this is necessary in order to kill the body, which is so fragile, much more so in order to give death to vices and to one’s own passions; in fact, it is so hard that sometimes, while they seem to be dead, they begin to live again. And so this diligent lady is always in motion, and spying continuously. If she sees that the soul raises the slightest difficulty at what is commanded of her, fearing that some vice may begin to live again in her heart, she wages such a war against her and gives her no peace, until the soul prostrates herself at her feet and does, in mute silence, whatever she wants. This is why she is so impertinent and almost capricious, as you say.

Ah, yes, there is no true peace without obedience; and if it seems that one may enjoy peace, it is a false peace, because it gets along with one’s own passions, but never with virtues. And one ends up in ruin, because by moving away from obedience, one moves away from Me, who was the King of this noble virtue.

Moreover, obedience kills one’s own will and pours the Divine in torrents; so much so, that one can say that the obedient soul no longer lives of her will, but of the Divine. Can there ever be a life more beautiful, more holy, than to live of the Will of God Himself? With the other virtues, even the most sublime, there can be love of self, but with obedience – never.”

Permanent link to this article: https://bookofheaven.org/2013/09/09/lady-obedience/