When this Kingdom will come. How the Pains of the Most Holy Virgin and those of Our Lord were Pains of Their Office, and how They possessed True Happiness. Power of voluntary pains; Happiness of the Kingdom of the Supreme Fiat.

A Protestant Church is opened in Corato. The Queen Mother reproaches Luisa.

Round in the Divine Will. Assault at the Divine Majesty. Attractions of littleness; the secret of it. How the human will is nauseating. Example. 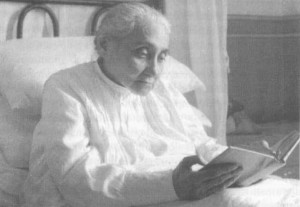 Round in the Divine Will.  Assault at the Divine Majesty.  Attractions of littleness; the secret of it.  How the human will is nauseating.  Example.

I was gathering, all together, all the acts of the Divine Will done in Creation, the seas of the Celestial Queen, those of my Beloved Jesus—in sum, all the acts that the Divine Fiat has issued outside of Itself.  So, I was recapitulating everything, in order to bring them before the height of the Supreme Majesty, so as to make, through this, the final assault at It, and force It to give me Its Kingdom on earth.

But while I was doing this, I thought to myself:  “I am little, I am just an atom—how can I bring the vastness of the heavens, the multiplicity of the stars, the immensity of the light of the sun, and then all the seas of my Mama and those of Jesus, which are endless?  So, does my little atom not remain lost in the midst of so many works, so great?  I believe that all Heaven will smile in seeing my littleness wanting to make this assault, as the latest device of its round in the Divine Will.  In fact, since I am little, I get not only lost, but also knocked down by even just one work of the Divine Volition, therefore my assault will be without effect, and perhaps it will serve to make the whole Celestial Court smile behind my poor back.”

But while I was thinking this, my sweet Jesus came out from within my interior, and, all tenderness, told me:  “My little daughter (Luisa), your littleness has such attraction as to draw the attention of all Heaven, to see what your littleness wants to do and can do.  To see a grown-up person do great things does not earn attention, nor does it bring joy; but if one sees a little girl doing the same great thing, she causes such amazement and surprise, that all would want to see the great work of the tiny little one—which does not happen if the same work were done by a grown-up person.

“If you knew how the Divine Gaze and that of the whole of Heaven fixes on you (Luisa), in seeing you gather, all together, as though in a hurry, all the Works of the Divine Will in order to launch an Assault at your Creator, carrying His very Weapons to wage the Holy War on Him, to make Him surrender His Kingdom.  It can be said that your hurrying, your gathering everything, is the True Smile of Heaven, it is the New Feast that your littleness brings to the Celestial Fatherland, and all await the Assault of the tiny little one (Luisa).

“But do you want to know where lies the Secret of your Strength in your littleness—that while you remain lost, now in the light of the sun, now in the midst of the stars, now inside My Seas and those of the Celestial Mama, your atom does not stop, it frees itself and enters the field again to make its recapitulation of all the Works of the Divine Fiat?  All the Secret is enclosed in It, as It Moves you (Luisa), Invests you, Winds you, in order to make you go around and to make you enclose all of Its Acts, so that, It Itself, through your littleness, may have the Assault made at Itself, so as to be drawn to come to Reign upon earth.

“What can the atom animated by My Will not do?  It can do anything, because it becomes an act in the Midst of all of Its Acts of Divine Will, and this is enough to be able to make of all Its Acts one single Act, and say:  ‘Everything is mine, and everything must serve me in order to snatch the Kingdom of the Divine Fiat upon earth.’”

After this, I was thinking of how much evil the human will has done to the poor creatures, and therefore I abhor it, I do not want to know it ever again, and not even look at it, because it is too nauseating.

But while I was thinking of this, my Beloved Jesus moved in my interior and told me:  “My daughter (Luisa), the human will on its own is nauseating, but United with Mine is the most Beautiful thing I created.  More so, since the Divinity could never issue anything created by Us that would be nauseating.  United with Ours, the human will would have the continuous Motion of Good, of Light, of Sanctity, of Beauty; and through Our continuous Motion, that never ceases, it would have been the Greatest Prodigy of Creation.  Our Motion would Purify it from any shadow of stain.

“It would happen as to the sea:  because it murmurs continuously and has its perennial motion, its waters are pure and crystal clear.  Oh! if the waters of the sea were still, the waters would lose the purity and would become so nauseating, that no one would look at the sea; the waters would be so dirty and filled with filth, that the ships would not be able to cross the sea, and no one would make the fish of waters so putrid, his food.  So, the sea would be a burden for the earth, and would cause the contagion of all maladies to the human generations.

“On the other hand, by its mere murmuring and having its continuous motion, how much good does it not do to creatures?  And while it hides who knows how much dirt inside its bosom, by its murmuring it has the power to keep it buried at the bottom, and it masters the purity of its waters, pure and emptied of any dirt.  Such is the human will—more than sea:  if the Divine Motion murmurs in it, it is Beautiful and Pure, all evils remain buried and without life; but if My Divine Will does not murmur in it and does not have its First Motion, all evils arise again, and from the most Beautiful it becomes the ugliest, such as to arouse pity.

“Another image is the human nature.  United with the soul, it is Beautiful; it sees, it hears, it walks, it operates, it speaks, it does not stink; separated from the soul, it becomes putrid, it stinks in a horrible way, it is disgusting to look at; it can be said that it can no longer be recognized.  Who caused such remarkable change from a body that is alive to a dead body?  The lack of the murmuring of the soul, of its continuous motion that had primacy in the human nature.

“As such was My Divine Will placed for the human will—as soul, from which it was to receive Life, its continuous murmuring.  So, as long as it stays United with Mine, it is a Prodigy of Life, of Beauty; separated from Mine, it loses legs, hands, word, sight, warmth, life, and, as a consequence, it becomes so horrid, more than a cadaver, as to deserve to be buried inside the deepest abyss, because its stench is unbearable.  So, one who does not stay United with My Divine Will, loses the Life of his soul, therefore he can do nothing Good, and everything he does is without Life.”

Permanent link to this article: https://bookofheaven.org/2014/01/30/round-in-the-divine-will-assault-at-the-divine-majesty-attractions-of-littleness-the-secret-of-it-how-the-human-will-is-nauseating-example/