A Protestant Church is opened in Corato. The Queen Mother reproaches Luisa.

The world has become unbalanced because it has lost the thought of the Passion. 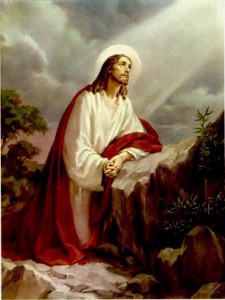 The world has become unbalanced because it has lost the thought of the Passion.

As I was in my usual state, I found myself outside of myself, and I found my always lovable Jesus, dripping Blood all over, with a horrible crown of thorns, looking at me with difficulty through the thorns. He told me: “My daughter (Luisa), the world has become unbalanced because it has lost the thought of My Passion. In darkness, it has not found the Light of My Passion which would illuminate it by making known to it My Love and how much souls cost Me, in such a way that it could turn to loving the One who has truly Loved it; and the Light of My Passion, guiding it, would put it on its guard against all dangers. In weakness, it has not found the Strength of My Passion which would sustain it. In impatience, it has not found the Mirror of My Patience which would infuse in it calm and resignation, in such a way that, in the face of My Patience, feeling ashamed, it would make it its duty to dominate itself. In pains, it has not found the comfort of the Pains of a God which, sustaining its pains, would infuse in it love of suffering. In sin, it has not found My Sanctity which, placing itself in front of it, would infuse in it hate of sin. Ah, man has made an abuse of everything, because he has moved away from the One who could help him! This is why the world has lost balance. It behaved like a child who no longer wanted to recognize his mother; or like a disciple who, denying his master, no longer wanted to listen to his teachings, or learn his lessons. What will happen to this child and to this disciple? They will be the sorrow of themselves, and the terror and sorrow of society. Such has man become – terror and sorrow; but a sorrow without pity. Ah, man is getting worse and worse, and I cry over him with Tears of Blood!”

Permanent link to this article: https://bookofheaven.org/2014/02/01/the-world-has-become-unbalanced-because-it-has-lost-the-thought-of-the-passion/