Divine Will Laws of Love 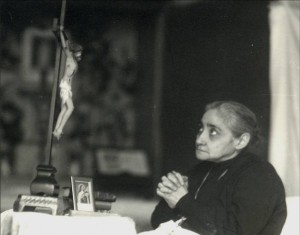 V25 – February 22, 1929 – “My daughter, Luisa, You Must Know that in Our Divinity there is the ordinary order for the whole Creation, and this is not moved because of any incident: not one point, not one minute earlier, not one minute later; life ends when it is Established by Us—We are Immutable in this regard. But, in Us, there is also the Extraordinary Order, and since We are the Masters of the Laws of the whole Creation, We have the Right to change them whenever We Want. But if We change them, a great Glory of Ours Must enter into this, and a great good for the whole Creation; We do not change Our Laws because of little things.

V30 – March 27, 1932 – “…My Truths on My Divine Will will be the only Laws that will Dominate the creatures who will enter to Live in this Kingdom—Laws, not of oppressions, but of Love, that will sweetly make themselves loved, because in them they will find the Strength, the Harmony, the Happiness, the Abundance of all Goods. Therefore, Courage, and always forward in My Divine Will.”

V30 – May 30, 1932 – “Now Our Paternal Goodness, seeing that man always goes falling more, in order to give him a support, a help, It gave him the Law as the norm for his life, because in the Creation It gave him neither laws, nor other things, except that of My Divine Will, that by continuously giving him Life, gave him Our Divine Law naturally, in a way that he would feel to it in himself, as his own life, without having the need that We would tell and command him. Even more, because where My Will Reigns, there are neither laws, nor commands. Laws are for the servants, for the rebels, not for the children. Between Us and those who Live in Our Volition, everything is resolved in Love.

V33 – October 21, 1934 – “And in the Redemption Itself, there was not one law over Me. No one could obligate Me to suffer so much even to dying. But My Law was Love, and the Operative Virtue of My Divine Spontaneity, so much so that the sufferings first were formed in Me, I gave them Life, and then investing creatures they re-gave them to Me, and I, with that Spontaneous Love with which I had given them Life, received them in the same way.”

V33 – May 14, 1935 – ’ “…My Sufferings, My Wounds, My Blood, everything is yours, Luisa, such that you have no need of asking Me for them, but can take them in order to make use of them for your needs. This is so true, that in one in whom My Divine Will Reigns, she has no need of laws, but feels in herself her nature changed into Divine Law—as she naturally feels the strength of the breath, of the heartbeat, so she feels the strength of the Law as substantial part of her life. And since My Law is Law of Love, of Sanctity, of Order, therefore she feels in herself the nature of Love, of Sanctity, of Order. Where My Will Reigns, so much is Its Love, that It Transforms into nature the Goods that It wants to give to the creature so that she is owner of them, no one can take them away, and I Myself act as Guardian of the Gifts in nature granted to this creature.”

V36 – May 6, 1938 – “I would never have come down from Heaven without the court of My People; without a Reign in which I could Dominate with My Laws of Love. All the centuries are just like a point for us, in which everything is Ours, in Action. Therefore, when I came down from Heaven as Dominator and King of My children, I felt courted and Loved—as only We can do—and My Love was such that My children were all conceived together with Me. I just couldn’t be without them; I couldn’t have tolerated not finding My Loving children. So they grew with Me in the Womb of My Queen Mother; they were born together with Me, cried with Me, did everything I did. They walked, worked, prayed and suffered together with Me, and I can say that they were with me even on My Cross, to die and Rise Again to New Life for human generations.

“Therefore, the Kingdom of Our Will is already established. We know its numbers, we know them all by name. We already feel them palpitating in ardent Love. O, how much We Love them and yearn for the time to deliver them into the Daylight of Our Will on earth. Then the children of My Volition will have in their power My Conception, My Birth, My steps, Pains and tears; they will be able to be conceived and born again as many times as they want; they will feel My steps and Pains in theirs. Since in My Will, My Birth and Life are repeated every instant, they can take Them for themselves, give Them to others, or do whatever they want. I know that they would never do what I do not want. These children of Ours, born again, formed and fed by Our Will, will be the True Glory of Our Creation; they will crown Our Creative Work, placing the seal of their love in every created thing for the One Who did all for them and Loved them so much.”

V36 – November 13, 1938 – “…My Truths will form the regime, the laws, the food, the fierce army, the defense and the very Life of those who will Live in It. Each of My Truths will have Its own distinct Office: one will be the Master; one the most Loving Father; one the most Tender Mother who carries her daughter on her lap to protect her from every danger, rocking her in her arms, feeding her with her Love, clothing her in Light. In sum, every Truth will be the Bearer of a special Good.

Permanent link to this article: https://bookofheaven.org/2015/11/11/divine-will-laws-of-love/