Jesus’ Chalice of Suffering and His Fiat to the Heavenly Father 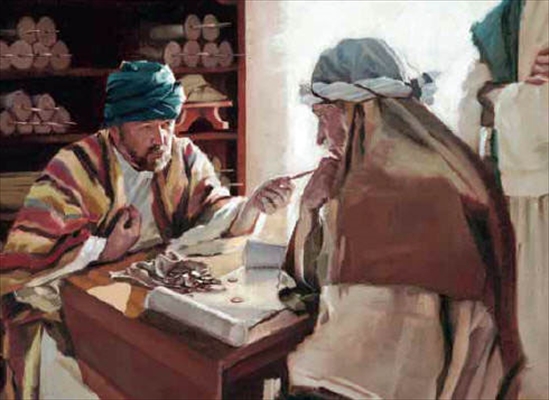 The following is from: http://www.luisapiccarretaofficial.org/gospels/xxv-sunday-in-ordinary-time/32

Saint Luke offers us a very significant parable that sometimes baffles us but that infuses some profound lessons: the reality that we are the stewards of God’s gifts, the importance of shrewdness used for  good, the necessity of loyalty even in things such as money, the fundamental option of choice in favor of God and not of material things.

“The sons of this world are more shrewd in dealing with their own generation than the sons of light” (Luke16:8).

Jesus is speaking to His disciples; Today we could say that He is speaking to believers, to Christians. He observes and says, “Look at those who do not believe. They make incredible efforts for the life of this world, for money accommodation, for the earthly security, for their interests and their pleasures. Yet they sacrifice themselves for trivial things, things that pass away, for things that last a while and are worth very little! “

The children of this world are worried about their worldly future, and you, children of light, why don’t you worry, with similar seriousness, about your true future, the future before God? There are people who make incredible sacrifices and undergo incessant efforts in order to accumulate money and we who know the true treasure of life why don’t we make the same sacrifices to earn it?

Jesus puts us in front of this comparison and makes us experience for ourselves our inconsistency! Rightly, then, who doesn’t believe, laughs at us, makes a mockery of religion: but the fault is ours and ours alone.

Jesus tests us, He wants to see if we are capable of guarding and, above all, of administering the gifts that He gives us.

Jesus said to Luisa in April 1928 that there is no certainty without a test, and when the soul passes the test, she receives the confirmation of God’s designs and everything that is necessary to her and befits her in order to carry out the state to which she has been called by Him. This is why God wanted to test Adam – to confirm his happy state and his right of kingship over the whole Creation; and since he was not faithful in the test, by justice he could not receive the confirmation of the goods which his Creator wanted to give him.

In fact, through the test man acquires the seal of faithfulness, which gives him the right to receive the goods that God had established to give him in the state to which his soul had been called by Him. It can be said that one who is not tested has no value – neither before God nor before men, nor before himself. God cannot trust a man without a test, and man himself does not know what strength he possesses. If Adam had passed the test, all human generations would have been confirmed in his state of happiness and of royalty. In the same way, Jesus Himself, loving these children of the Divine Will with a love all special, wanted to go through the test for all in His Humanity, reserving for them the one test of never allowing them to do their will, but only and always my Will, so as to reconfirm for them all the goods needed in order to live in the Kingdom of the  Divine Fiat.

With this, He closed all exit doors for them; He anointed them with an invincible strength, in such a way that nothing else will be able to enter the very high fences of His Kingdom. In fact, when Jesus commands that something should not be done, it is a door that He leaves, through which the human will can make its exit; it is an opportunity that the creature always has, by which she can go out of God’s Will.

But when He says: ‘from here there is no exit’, all doors remain closed, her weakness is fortified, and the only thing that is left to her is the decision to enter, never to go out again – or not to enter at all. Therefore, in order to live in the Kingdom of the Divine Will there will only be the decision – the decision will carry the accomplished act.

Did He not do the same with Luisa? Did He not cry out constantly from the depth of His  heart: ‘nothing dare enter but His Will alone’?

As center of life, with Its omnipotent strength, with Its dazzling light, the Divine Will keeps everything outside of her; and eclipsing everything, It makes Its prime motion of life flow in all of your acts, and It dominates and reigns as Queen.

Then Jesus moves on to consider money as one of the greatest barriers that lies in the path of man towards Heaven. Money is the symbol of a whole vision of life reduced to an earthly and worldly passion! We must throw away the idol, all earthly idols!

Money must be used for good, the world’s goods are worth only as a “means” to buy an asset (the true one !) which is beyond this life. So who has something, who owns wealth (and not just money! Wealth is also intelligence, culture, health, strength, skills and talents) must use everything for charity: the fields are innumerable, the opportunities are countless.

Sometimes, those who have riches uses them for evil and exploitation of others. The prophet Amos, the defender of the poor, said: “Hear this, you who trample on the needy and bring the poor of the land to an end,!”. Jesus concludes with a stern warning: ” “No servant can serve two masters!…. Ye cannot serve God and mammon (Luke 16:13)”.

We must choose a “lord” of our life, we must live for someone. Therefore, which is the direction that we have chosen? Who is the “master” of our life? For whom do we live ? Pride, and only pride is, so often, our real master; human interests are so often the motivation of our actions; money is the “god” to which we sacrifices everything and everyone!

One day Jesus said to Luisa that according to the measure in which man meddles in earthly things, so he moves away and loses esteem for eternal goods. God gave riches that they might use them for their sanctification, but they have used them to form an idol for their hearts; and God will destroy them, and their riches together with them.”

We must opt for the Lord who saves and rejects the idol that deceives. Behind the words of Jesus there is an appeal of great goodness and mercy: “Choose the Lord, for He is your good and your peace.” How present and urgent this teaching of Jesus is ! As forms of earning multiply, as men fight for a damaging excess and kill to hoard extra money, how beautiful it is to be on the side of God’s wisdom and shout even louder: blessed are the poor in spirit!

The earthly existence is attractive but ephemeral; it does not fill the thirst for happiness which lies deep within the human heart. Who, recognizing himself as an administrator of the gifts of God, fulfills his mission faithfully, will not lose his reward and will be a true maker of an honest and united humanity.

Permanent link to this article: https://bookofheaven.org/2016/09/17/xxv-sunday-in-ordinary-time/