Love of God in Suffering

Era of Love – Era of the Third Fiat

The rich, the poor and the life that continues

The following is from: http://en.luisapiccarretaofficial.org/gospels/xxvi-sunday-in-ordinary-time/33 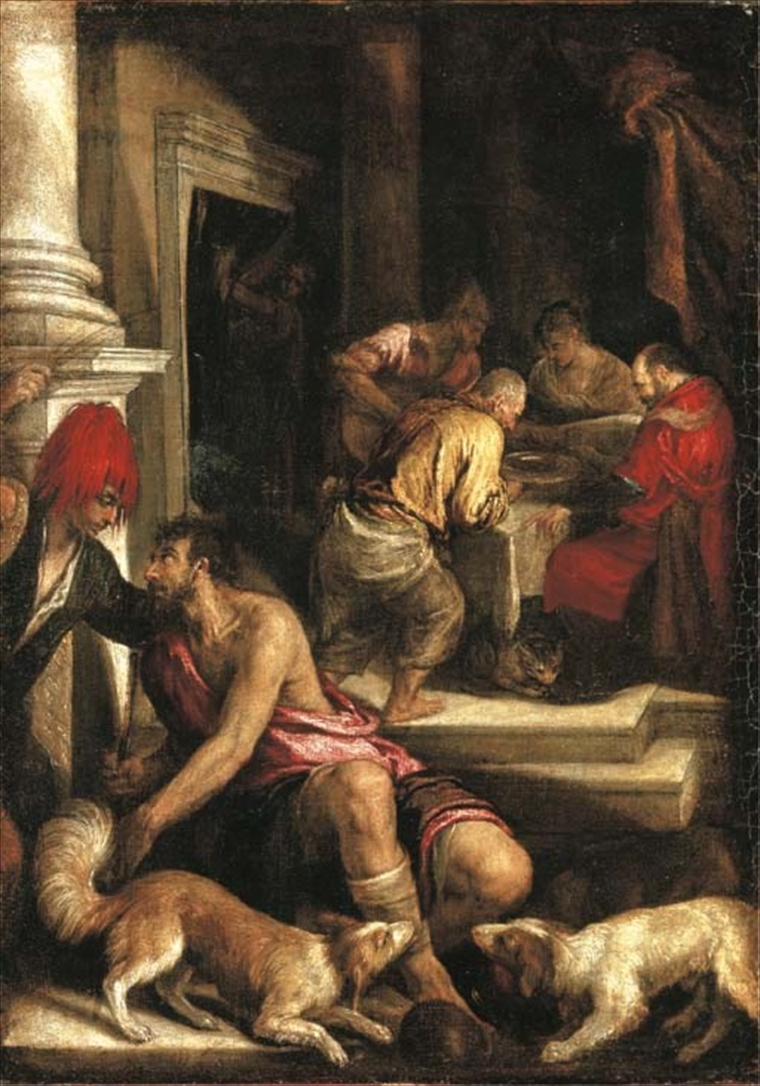 The parable faithfully portrays a reality to which we have become accustomed: a large part of humanity lives in a carefree state of wealth, next to another part  that even hasn’t the means of subsistence. We must not get moralistic reliefs from the text: we cannot deduct that the rich man was spotted with nefarious deeds, nor the poor is morally irreproachable. Simply, the  rich man enjoys considerable wealth, and doesn’t take care of the poor knocking at his door, whereas the poor man is consumed by his misery. Where the sensitivity of men does not arrive, there is the company of animals that try to alleviate the suffering of the poor as nature taught them.

The scene changes drastically with the death of both. For the poor, it is the beginning of a new life (“bosom of Abraham” means the fullness of life after death), whereas for the rich there is the lapidary seal (“buried”) of a life dissipated in secondary things. At that point everything is clear to the rich man who wasn’t fully converted yet, so much so that he twice asks Abraham to use Lazarus as his personal slave (first to bring a drop of water, and then to go to his brothers). In the rich man there is our opulent society consecrated to material goods, we are there. Moses, the prophets, Jesus, in short, the Bible, remind us  the meaning of our path in this world, we must be close to those who have received less than us and be solicitous over charity and justice.

One day Jesus said to Luisa that there is no order without subjection; the rich have subtracted themselves from God, and the peoples rebel against God, against the rich, and against everyone. The scale of God’s Justice is full, and He can no longer contain it.

The gospel gives us a strong message as we encounter in everyday life situations of poverty, marginalization and misery. Indeed, we can say that if the word of God is always valid, it describes in detail the reality of today’s world, where a small part of humanity lives in consumerism and waste whereas  the greater part  of humanity lives in poverty.

For a long time now, the social doctrine of the Church has invited us to become aware of the real problems of the world and to realize a Christian commitment, which is not limited to some charity, but tries to go to the causes of inequality, injustice, exploitation, through works of sharing and solidarity. A situation which is already so  serious is compounded now by the worrying problems of these days.

The Word of God shows us the way for our conversion. Paul urges us to become truly men and women of God, people who are believers that follow the path of justice and tend, with the desire and concrete choices, toward piety, faith, love, patience, clemency. These attitudes certainly contrast with the position of those who, bolstered by their wealth, consider themselves “upright” and faultless.

We must follow what the Bible tells us, “People who have wealth but lack understanding are like the beasts that perish….. Though your riches increase, do not set your heart on them..”

The warning that the Lord Jesus addresses to us through the parable of the rich man and Lazarus, is not only a matter of social justice, purely human. It is a reality that touches the depths of our faith and our destiny in eternity. “… For whatsoever a man soweth, that shall he also reap.“, Saint Paul reminds us in his letter to the Galatians. We will deserve Paradise  to the extent that we have shared our things and our lives with our brothers and sisters in need: “I was an hungred, I was thirsty… Come, you who are blessed by my Father; “(Mt. 25). On the contrary, the Bible says that the lot of the wicked will be terrible.

This is an invitation for us to strive for justice, as men and believers, knowing that the common good, solidarity and peace are the dream of God the Father for humanity. It is an invitation to become men and women of hope who truly believe in the power of the Word of the Lord, the one Word that will decide the lot of the world.

The love for the poor, as Jesus taught to Luisa, is the sign to recognize those who experience the true charity.

Who loves the rich and is available for them, he may do so because he hopes for something or obtains something, or because he is in sympathy with them, or because of their nobility, intelligence, eloquence, and even out of fear. But if he loves the poor, helps them, supports them, it is because he sees in them the image of God, therefore he does not look at roughness, ignorance, rudeness, misery.

Through those miseries, as though through a glass, he sees God, from whom he hopes for everything; and so he loves them, helps them, consoles them as if he were doing it to God Himself. This is the good kind of true virtue, which begins from God and ends in God. On the other hand, that which begins from matter, produces matter and ends in matter. As bright and virtuous as charity may appear, if the divine touch is not felt, both the one who does it and the one who receives it become bothered, annoyed and tired, and if necessary, they even use it to commit defects.”

Permanent link to this article: https://bookofheaven.org/2016/09/25/xxvi-sunday-in-ordinary-time/