Gospel Reading for Oct. 22, 2016 With Divine Will Truths on Bearing Fruit 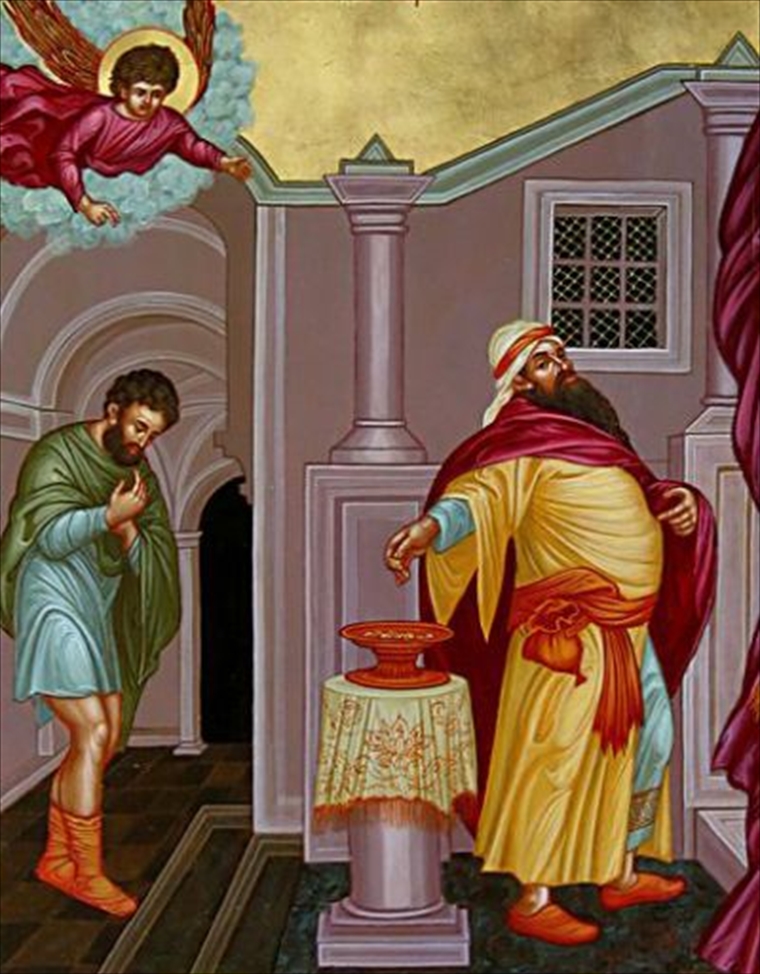 The issue today is linked to that of last Sunday. It is about prayer as the most intense expression of the inner experience that man has of himself and of his more personal relationship with God. Prayer is the experience of liberation from all hypocrisy; it’s the moment of inner truth; it’s the most intense experience of love. It’s the need for love that every man feels in the depths of himself and is found in the gratuitousness of God’s love. Certainly, prayer is part of the path of faith and is the core of this path that requires the courage to cast ourselves into the infinite and always mysterious love of  God.

The passage of this Sunday adds a singular connotation to the subject of prayer: the way of conceiving life in relation to God. In fact, prayer reveals something beyond the prayer itself. What is at stake, here, is the way of conceiving God and His salvation, ourselves and our neighbor. With this parable, Jesus warns against the risk of falling into a “prayer that is not prayer,” because before God, no man can boast of anything. To be very clear Jesus takes a photo snapshot of the attitude of two men: the Pharisee and the tax collector.

The Pharisee observed carefully the practices of his religion and had a spirit of sacrifice. He was not happy with what was strictly necessary, but did more. He did not fast only one day a week, as the law prescribed, but two. His error consisted in believing himself as God’s creditor.

He did not mean salvation as a gift, but rather as a fitting reward for the duty fulfilled. In fact, the Pharisee did not pray to recognize the holiness of God, but because people could see him and recognize his supposed holiness. He considered himself the centre of the world! The Pharisee sought his own righteousness and neglected the justice of God. In addition, he condemned the attitude of the tax collector, accusing him during his prayer. “O God, I thank you that I am not like the rest of humanity — greedy, dishonest, adulterous — or even like this tax collector.” … The Pharisee exploited the moment of  his dialogue with God for his own self-glorification. He did not express the need for God

The tax collector, with his head bowed in shame, beat his breast like a person without dignity. The mercy of God was his only resource. In the Gospel, in fact, Jesus doesn’t say that he was without sin; He didn’t justify his life as a thief and traitor. However, He accepted his humble supplication: “O God, be merciful to me a sinner.” The tax collector was telling the truth: he felt the weight of his dishonesty from which he wanted to be freed, as he felt himself a sinner and felt the need for change. He knew he could not claim anything from God. The humble man feels himself small, a sinner in need of grace and mercy. It is the prayer of the heart, which starts from love, which sees God as a Father; It is the prayer of one who recognizes  himself in need of forgiveness and improvement.

The two icons makes us ponder, as they are an extraordinary spiritual verification tool for our journey toward God. Jesus shows us, through the behavior of the Pharisee and the tax collector, that what matters for God is purity of heart, sincerity which leads to a true relationship of communion with Him.

The prayer of the Pharisee is exemplary from the outside; but he went up to the temple to praise his alleged justice and convince himself of that, even more. He focused on himself and judged others. In that attitude there was nothing that concerned prayer.

However, the tax collector acknowledged his limit, he also recognized the greatness of God’s love. He measured himself against his fragility and asked for mercy and forgiveness to the One who can grant such a pardon widely. He had nothing to boast about, he had anything to claim. He counted on God, as he felt in need of His forgiveness and love.

The only way to put us in front of God, in prayer, is to feel in need of His forgiveness and love. Only the good acceptance of our poverty, is the source of authentic prayer that is an exchange of love between man and God. Only in this way, the infinite fragility and infinite generosity come together to restore man who rediscovers the joy of being loved by God and of entering into a genuine dialogue of love and communion.

Speaking of humility, one day, Jesus said to Luisa that only the little ones let themselves be handled as one wants; not those who are little of human reason, but those who are little yet filled with divine reason. Jesus alone can say that He was  humble, because in man, that which is said to be humility should rather be called knowledge of self; and one who does not know himself already walks in falsehood.”

The power of it calls and imposes itself on everything, in such a way that all do the same thing. If all other prayers were united together in order to compare them with a simple prayer done in the Divine Will, this one surpasses them all, because it possesses a Divine Will, an immense power, an incalculable value. God Himself feels invested by such a prayer, and as He sees that it is His Will that prays, He feels Its power which identifies Him with that very prayer.

We should not feel entitled to have a clear conscience and to consider ourselves good Christians only for having adopted a system of practices and ceremonies or because we participate in the Mass regularly. We just have to be rich in Christ’s treasure, in His love, in His mercy.

May the ancient prayer of the heart, “Lord Jesus Christ, Son of God, have mercy on me, a sinner” help us

Permanent link to this article: https://bookofheaven.org/2016/10/23/xxx-sunday-in-ordinary-time/