Happy and Blessed Easter – He is Risen! Alleluia!

Gospel Reading for April 19, 2017 with Divine Will Truths – Bread of Divine Will 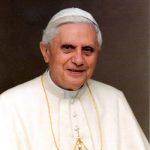 Exclusive Text by Benedict XVI: The Crisis that has subverted the Church is a Crisis of Liturgy Above All

The Russian edition of volume XI of the Opera Omnia of Benedict XVI Ratzinger was published this Easter (a common date this year for East and West) and Pope Benedict XVI had been asked at the beginning of the project, in 2015, to write a preface — which he did.

Corriere della Sera provided the Italian version of the Russian publication, which we now present in English:

Nihil Operi Dei praeponatur – “Let nothing be set before the Divine Worship.” With these words, Saint Benedict, in his Rule (43,3), established the absolute priority of Divine Worship in relation with any other task of monastic life. This, even in monastic life, was not necessarily obvious, because for monks the work in agriculture and in knowledge was also an essential task.

In agriculture, as also in crafts, and in the work of formation, there could be temporal emergencies that might appear more important than the liturgy. Faced with all this, Benedict, with the priority given to the liturgy, puts in unequivocal relief the priority of God himself in our life. “At the hour for the Divine Office, as soon as the signal is heard, let them abandon whatever they may have in hand and hasten with the greatest speed.” (43, 1)

In the conscience of the men of today, the things of God, and with this the liturgy, do not appear urgent in fact. There is urgency for every possible thing. The things of God do not ever seem urgent. Well, it could be affirmed that monastic life is,  in any event, something different from the lives of men of the world, and that is undoubtedly fair. Nevertheless, the priority of God which we have forgotten is valid for all. If God is no longer important, the criteria to establish what is important are changed. Man, by setting God aside, submits his own self to constraints that render him a slave to material forces and that are therefore opposed to his dignity.

In the years that followed Vatican II, I became once again aware of the priority of God and of the divine liturgy. The misunderstanding of the liturgical reform that has spread widely in the Catholic Church led to putting ever more in first place the aspect of instruction and that of one’s own activity and creativity. The action of men led almost to forgetting of the presence of God. In such a situation, it becomes ever clearer that the existence of the Church lives on the just celebration of the liturgy, and that the Church is in danger when the primacy of God does not appear anymore in the liturgy, and therefore in life. The deepest cause of the crisis that has subverted the Church is located in the effacing of the priority of God in the liturgy. All this led me to dedicate myself to the theme of the liturgy more widely than in the past because I knew that the true renewal of the liturgy is a fundamental condition for the renewal of the Church. The studies collected in this volume 11 of the Opera Omnia are based on this conviction. But in the end, despite all the differences, the essence of the liturgy in East and West is one and the same. And therefore I hope that this book may aid also the Christians of Russia to understand in a new and better way the great gift that is given to us in the Sacred Liturgy.

Vatican City, on the feast of Saint Benedict

Note: The Russian volume, according to the Moscow Patriarchate news website Pravmir should be published at the end of 2017 or early 2018, as part of a joint venture between the Vatican publishing house (Libreria Editrice Vaticana-LEV) and the Moscow Patriarchate Publishing House (Издательство Московской Патриархии), which will also see books by the Patriarch published by the LEV in Italian translations).
[Tip: Messa in Latino]

Permanent link to this article: https://bookofheaven.org/2017/04/18/exclusive-text-by-benedict-xvi/