Feast of the Most Sacred Heart of Jesus

Garabandal Message of June 18, 1965 and the Book of Heaven 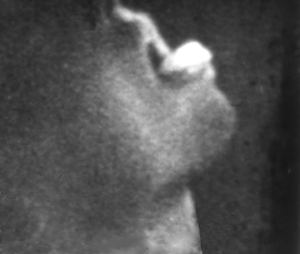 “As My message of October l8th has not been complied with and has not been made known to the world, I am advising you that this is the last one. Before, the cup was filling up. Now it is flowing over. Many cardinals, many bishops, and many priests are on the road to perdition and are taking many souls with them. Less and less importance is being given to the Eucharist. You should turn the wrath of God away from yourselves by your efforts. If you ask His Forgiveness with sincere hearts, He will Pardon you. I, your Mother, through the intercession of Saint Michael the Archangel, ask you to amend your lives. You are now receiving the last warnings. I Love you very much and do not want your condemnation. Pray to us with sincerity and we will grant your requests. You should make more sacrifices. Think about the Passion of Jesus.”

(36 Volumes of the Servant of God Luisa Piccarreta)

V6 – 6.5.05 – “My daughter, crosses, mortifications, are as many baptismal founts, and any kind of cross that is dipped in the thought of My Passion loses half of its bitterness and its weight decreases by half.”

V11 – 2.2.17 – “My daughter, the world has become unbalanced because it has lost the thought of My Passion.  In darkness, it has not found the Light of My Passion that would Illuminate it; and as it would make Known to it My Love and how much souls cost Me, it might turn to Loving the One Who has Truly Loved it; and the Light of My Passion, Guiding it, would put it on its guard against all dangers.  In weakness, it has not found the Strength of My Passion that would Sustain it.  In impatience, it has not found the Mirror of My Patience that would Infuse in it Calm and Resignation; and in the Face of My Patience, feeling ashamed, it would make it its Duty to Dominate itself.  In pains, it has not found the Comfort of the Pains of a God that, Sustaining its pains, would Infuse in it Love of Suffering.  In sin, it has not found My Sanctity that, placing itself in front of it, would Infuse in it hate of sin.  Ah! man has made an abuse of everything, because in everything he has moved away from the One Who could Help him.  This is why the world has lost balance.  It behaved like a child who no longer wanted to recognize his mother; or like a disciple who, denying his master, no longer wanted to listen to his teachings, or learn his lessons.  What shall happen to this child and to this disciple?  They shall be the sorrow of themselves, and the terror and sorrow of society.  Such has man become – terror and sorrow; but a sorrow without pity.  Ah! man is getting worse and worse, and I cry over him with Tears of Blood!”