BISHOP’S DECREE GIVES OUR LADY, PATRONESS OF AMERICA A HOME!

A reflection on what unites Schneider and Viganò, which is the centrality of Christ 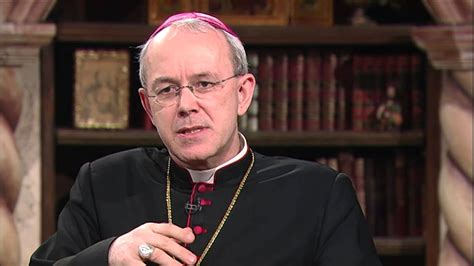 We have now posted the complete interview from my late October interview with Bishop Athanasius Schneider, 60, of Astana, Kazakhstan, and it is now available on Rumble (link) and YouTube (link).

In this complete interview, Bishop Schneider speaks about his faith in Jesus Christ and about the present crisis of the Church and our society, which is a crisis of faith, and also of human dignity and freedom.

I wish to thank Bishop Schneider for his willingness to sit down with me for more than two hours to discuss these questions of such importance for our Church and world.

Schneider’s vision of our present predicament differs in some ways from that of Archbishop Viganò, but the two are united in a fundamental conviction: both men, one from the heart of the former Soviet Union, the other from the heartland of once-Catholic Italy, see a profound danger for humanity, and of course also for the Church, in a type of abandonment of traditional Christian religious belief and practice.

To repeat: both men see the loss of faith in Christ as the most grave danger.

Why do these two men see this loss of faith as the gravest danger?

Because they see that humanity’s fate, humanity’s future, without faith in Christ, is quite dark, filled with shadows, fears, obsessions, addictions, enslavements.

Both Schneider and Viganò, and many around the world who listen to them with respect and appreciation, see the perennial Catholic faith, handed down from the Apostles and taught faithfully for 2,000 years, set forth clearly in the Creed, as that “light” which shines forth amid the shadows of our world, guiding us, individually and collectively, amid various physical and spiritual oppressions, follies, lies and cruelties.

Both men see in Jesus Christ — whom St. John the Evangelist at the beginning of his Gospel calls “the Logos of God” (we might translate the Greek word “logos” variously as “the Word of God” or “the Reason of God” or even “the Meaning of God” = Christ was “the meaning of God”) — both Schneider and Viganò see in Christ the answer to the long quest of the human mind and heart, individually and collectively, for truth, reason and blessedness.

Both Schneider and Viganò, despite some differences on specific points, agree on this one central point: both emphasize the centrality of the Logos, of Christ, as the true answer to humanity’s longings and hopes.

And therefore, by placing Christ at the center, both men place at the periphery, and ultimately banish into outer darkness, the many false answers being continuously broadcast by every secular (and many self-proclaimed religious) media to all of us today (as also in past times).

By placing Christ at the center, both men staunchly oppose the multitude of gnostics, ideologues, deniers of the Logos, all of whom in the end agree and proclaim that the Logos (Christ) is “a myth,” “not real,” “incapable of providing any help or hope to men and women,” and that, instead, only “naked human will,” “raw human self-reliance,” “fully embraced human pre-eminence” — human beings in the place of every divinity or God — can truly offer a pathway forward for humanity.

This is the battle.

It is a battle between the sacred (the holy) and the secular (the profane).

And so, as in every age, also in our own age, this “secular humanist” spirit — this mentality which opposes and sets aside Christ as the central truth of all reality, this mentality which sets aside the Logos of God as the true, life-giving spiritual source for any and all authentic life for “im-personed” beings, beings endowed by their Creator with personhood (for all persons endowed with free will and capable of love are made to be in relationship with the infinite, personal, holy God, ontologically constituted as Holiness itself, Holy Personhood itself, eternally self-existent prior to the beginning and after the end of time) — this “secular humanist” spirit seeks to impose on all humanity its own vision, its false vision, its “anti-Logos” vision, and so to close off to every human soul all access to the sky, to heaven, to “that which is above.” —RM

All 10 Schneider tapes have been posted individually on our Rumble channel and YouTube channel, so be sure to subscribe and turn on notifications to ensure you do not miss any content in the future.

Permanent link to this article: https://bookofheaven.org/2021/12/06/a-reflection-on-what-unites-schneider-and-vigano-which-is-the-centrality-of-christ/