JESUS OFFERS HIS PRECIOUS BLOOD TO THE FATHER

July 3 A.D. 1963 – The Transfer of the Mortal Remains of The Servant of God, Luisa Piccarreta 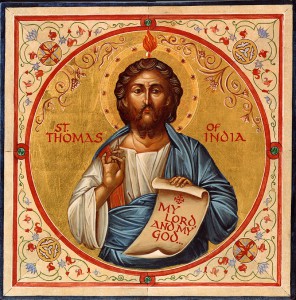 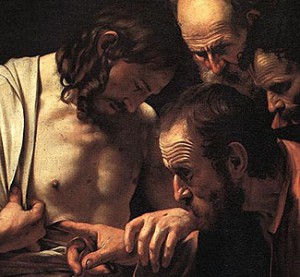 V24 –Then, after I wrote what is written in these past days, my mind was molested by fears and doubts—that it might not be true that blessed Jesus had told me so many things, but rather, they were the fruit of my imagination.

And I said to myself: “‘If it was not Jesus that spoke to me, these will be writings without life, because only when Jesus speaks does life run within His Word; and as I write, the life of the truths that Jesus has told me remains in them, in such a way that those who will read them will feel the communicative virtue of a life that is being infused in them, and will feel transformed into the very life of the truth that they will read. But if it is not Jesus, these will be writings without life, empty of light and of goods—so, why make the sacrifice of writing?”

Now, while I was thinking of this, my sweet Jesus came out from within my interior, and placing His head close to mine, with an air of sadness, told me: “My daughter, you embitter My feast. In fact, when I manifest a truth, I do it because I want to celebrate with the creature; and if she does not have full trust in Me and begins to doubt, the feast is interrupted and turns into bitterness.

“I act like one of two close friends who, loving his friend very much, wants to pour what his heart contains into the heart of his friend; and as he entrusts to him his secrets and his hidden joys, he makes him aware of everything he possesses. But the friend who is listening shows he does not believe him, and begins to doubt what his friend is telling him. This person embitters his friend and turns his outpouring into bitterness; and so, grieving, he almost regrets his entrustment, and full of bitterness, he withdraws. On the other hand, if his friend believes him, not only does he not embitter him, but he takes part in his goods; together they celebrate the joys that his friend possesses, and their friendship remains bound with double bonds of love.

Permanent link to this article: https://bookofheaven.org/2014/07/03/feast-of-st-thomas-the-apostle/