ALLELUIA!  HE IS RISEN! ALLELUIA! 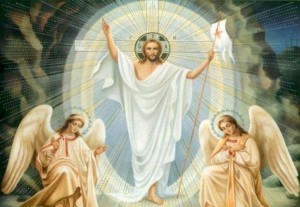 Even though the eyes of my soul followed my Son and I never lost sight of Him, at the same time, during those three days in which He was buried, I felt such yearning to see Him risen, that in the ardor of my love I kept repeating: “Rise, my Glory! Rise, my Life!” My desires were ardent, my sighs, of fire – to the point of feeling consumed.

Now, in these yearnings, I saw my dear Son, accompanied by that great crowd of people, leaving Limbo and going back to the sepulcher. It was the dawn of the third day, and just as all nature had cried over Him, now it rejoiced; so much so, that the sun anticipated its course to be present at the act in which my Son was rising. But – oh marvel! – before rising again, He showed that crowd of people His Most Holy Humanity – bleeding, wounded, disfigured; the way it had been reduced for love of them and for all. All were moved, and admired the excesses of love and the great portent of Redemption.

Now, my child, oh, how I wish you to be present in the act of the Resurrection of my Son! He was all Majesty; from His Divinity, united to His soul, He unleashed enchanting seas of light and beauty, such as to fill Heaven and earth. Then, triumphantly, making use of His power, He commanded His dead Humanity to receive His soul again, and to rise, triumphantly and gloriously, to immortal life. What a solemn act! My dear Jesus triumphed over death, saying: “Death, you will be death no longer – but life!” 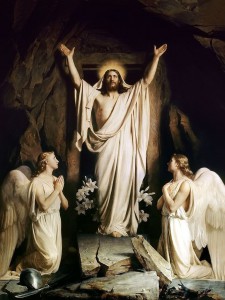 With this act of triumph, He placed the seal on the fact that He was Man and God; and with His Resurrection, He confirmed the Gospel, His miracles, the life of the Sacraments, and the whole life of the Church. And not only this, but He obtained triumph over the human wills, weakened and almost extinguished to true good, to let triumph over them the life of that Divine Will which was to bring the fullness of Sanctity and of all goods to creatures. And at the same time, by virtue of His Resurrection, He sowed into the bodies the seed of resurrection to everlasting glory. My child, the Resurrection of my Son encloses everything, says everything, confirms everything, and is the most solemn act that He did for love of creatures.

Now, listen to Me, my child; I want to speak to you as a Mother who loves her child very much. I want to tell you what it means to do the Divine Will and to live of It; and the example is given to you by my Son and by Me. Our life was strewn with pains, with poverty, with humiliations, to the point of seeing my beloved Son die of pains; but in all this ran the Divine Will. It was the life of our pains, and We felt triumphant and conquerors, to the extent of changing even death into life; so much so, that in seeing Its great good, We voluntarily exposed ourselves to sufferings because, since the Divine Will was in Us, no one could impose himself on It, or on Us. Suffering was in our power, and We called upon it as nourishment and triumph of the Redemption, so as to be able to bring good to the entire world.

Now, dear child, if your life and your pains have the Divine Will as their center of life, be certain that sweet Jesus will use you and your pains to give help, light and grace to the whole universe. Therefore, pluck up courage; the Divine Will can do great things where It reigns. In all circumstances, reflect yourself in Me and in your sweet Jesus, and move forward.

Now, listen to Me, dear child. You must know that after the death of my Son I withdrew in the cenacle, together with beloved John and Magdalene. But my Heart was pierced because only John was near Me, and in my sorrow I said: “And the other apostles…where are they?”

But as they heard that Jesus had died, touched by special graces, all moved and weeping, the fugitives drew around Me, 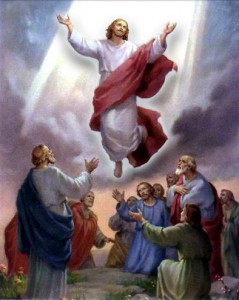 one by one, surrounding Me like a crown; and with tears and sighs, they asked for my forgiveness for having so cravenly abandoned their Master, and having run away from Him. I welcomed them maternally in the ark of refuge and salvation of my Heart; I assured them of the forgiveness of my Son, and I encouraged them not to fear. I said to them that their destiny was in my hands, because He had given them all to Me as my children, and I recognized them as such.

Blessed child, you know that I was present at the Resurrection of my Son. But I did not say a word to anyone, waiting for Jesus Himself to manifest Himself as risen, gloriously and triumphantly. The first one to see Him risen was the fortunate Magdalene; then the pious women. All came to Me telling Me that they had seen Jesus risen, and that the sepulcher was empty; and I listened to all, and with an air of triumph I confirmed all in the faith in the Resurrection. By evening, almost all of the apostles had seen Him, and all felt as though triumphant at having been the apostles of Jesus. What change of scene, dear child! – symbol of those who have first let themselves be dominated by the human will, represented by the apostles who run away, abandoning their Master; and their fear and fright is such that they hide, and Peter reaches the point of denying Him. Oh, if they had been dominated by the Divine Will, they would never have run away from their Master, but, courageous and triumphant, would never have departed from His side, and would have felt honored to lay down their lives to defend Him.

FROM THE LETTERS OF THE SERVANT OF GOD, LUISA PICCARRETA 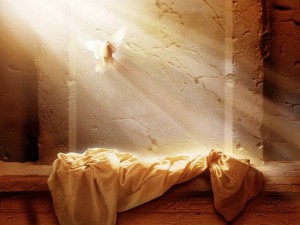 LETTER # 72  – “Now I feel the need to send you my Easter wishes… Here is my wish,…:  to rise not only on Easter, but continually in Jesus; so that every pain and each one of our acts, may be the means in order to rise in the One Who loves us so much.  I believe I could not send you a more beautiful wish; and I believe you will appreciate it, more so, under the rain of unheard-of crosses and of profound humiliations.  The storms give no sign of ceasing.  Pray that He will make peace rise again from the storms, otherwise one cannot live.”

LETTER # 85 – “I send you my wishes of good Easter:  let the Divine Will rise again in you.  I leave you in the Divine Volition to make yourself a saint, that the earth may no longer be earth for you, but Heaven…”

Permanent link to this article: https://bookofheaven.org/2015/04/05/easter-sunday/