First Miracle Attributed to the Servant of God Luisa Piccarreta 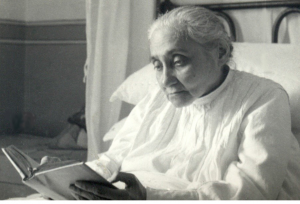 Paragraph 2065 – SECTION TWO THE TEN COMMANDMENTS
… The catechisms of the Church have often expounded Christian morality
by following the order of the Ten Commandments.

Deuteronomy: 4:40 – Keep his precepts and commandments, which I command thee: that it may be well with thee, and thy children after thee, and thou mayst remain a long time upon the land, which the Lord thy God will give thee.

V4 – October 11, 1901 – “…My daughter, what a war is being nourished in the moral world – it is horrifying to see it! Yet, the first nourishment that should be sought in society, in families and by each soul, should be that of peace. All other nourishments become unhealthy without it – be they even virtues themselves, charity, repentance; without peace, they bring neither health nor true sanctity. Yet, this nourishment so necessary and salutary has been discarded by today’s world, and they want nothing but turbulence and wars. My daughter, pray, pray.”

V4 – April 4, 1902 – After this, He transported me into the middle of a road on which there were two men in the shape of beasts, all intent on destroying every kind of moral good. They seemed to be strong like lions and drunken with passion; at the mere sight of them they struck terror and fright. Blessed Jesus told me: “If you want to placate Me a little bit, go and pass through those men, to convince them of the evil they do, facing their fury.” Though a little timid, yet I went. As soon as they saw me, they wanted to swallow me, but I said to them: ‘Let me speak, and then do to me whatever you want. You Must Know that if you reach your intent of destroying every moral good pertaining to religion, virtue, dependency and social welfare, without realizing your mistake, you would also destroy all corporal and temporal goods. In fact, as much as is taken away from moral goods, so much are physical evils doubled. So, without realizing it, you go against yourselves, destroying all those fleeting and passing goods which you so much love. Not only this, but you are looking for those who will destroy your very lives, and you will cause the survivors among you to shed bitter tears.’ Then I made a most great act of humility, which I am not even able to repeat, and they remained like someone who recovers from a state of madness; and also so weak, that they did not have the strength even to touch me. So I passed through them freely, and I understood that there is no power that can resist the power of reason and of humility.

Permanent link to this article: https://bookofheaven.org/2015/11/23/nourishing-a-moral-life/