Our Lady of Perpetual Help – Fiat!

Most Holy Mother of God

Mary, Guardian of the Kingdom of the Divine Will 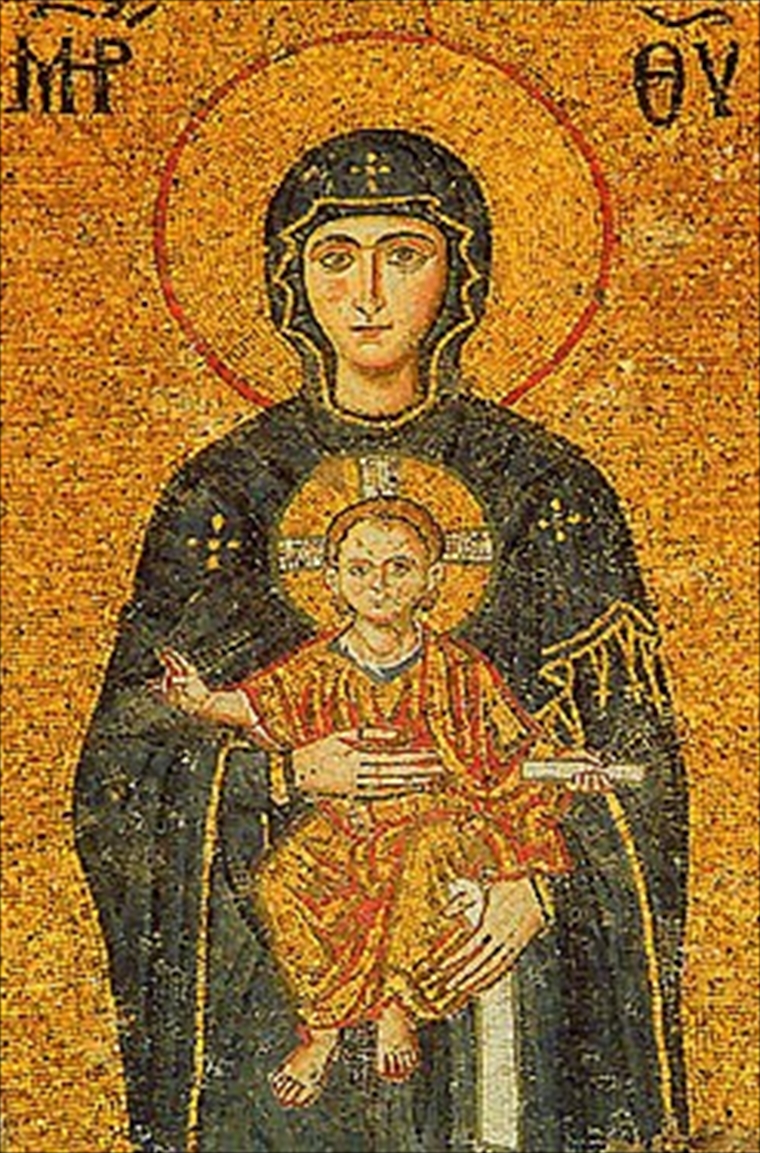 Dear brothers and sisters, we still have in our ears the announcement of the angel that at Christmas allowed us to discover an extraordinary newness: God became man like us. The infinite greatness and power without limits of God became humble and small to reach and meet us one by one.

The angels gave us an indication: “you will find an infant wrapped in swaddling clothes and lying in a manger.” ” and an invitation: “Go“.  In fact, Jesus does not enter by force our lives and doesn’t impose Himself on those who do not want to accept Him.

We must go, seek Him, learning to recognize Him in the midst of confusion. We must overcome the fear of getting out of habit, so we can find Him. This is the experience of the shepherds, simple people who allowed themselves to be easily persuaded by the angel, and followed his sign.

This is so hard for us! We are complicated people, with thousand distinctions and certainly it does not suffice that every Sunday the angel’s voice, that is the Gospel, tells us “go there, you will find Him.” For us, everything is more difficult, indeed it’s impossible. A wall of impossibility separates us from the Lord. He exceeds the heavens to reach us, but He is kept away by our wall of the unattainable. It is impossible to change our way of thinking, it is impossible to change our habits, it is impossible not to do as we have always done. What will they think? What will they say about me? And why do we have to take our chances with the unknown while the usual is known and sure?

Today, the liturgy leads us to reflect on the event of Christmas through the perspective of the maternity of Mary, the Mother of the Lord Jesus. When the angel announced that a new life would be born within her, she immediately lifted up the wall of the impossible: ” I know not a man! “.

But she trusted: she spoke with the angel, she listened to him, she responded to him and allowed herself to be persuaded. Mary, like the shepherds, is a simple woman, without the complications and many objections that we advance. The Gospel well describes as Jesus was born into a world of simple and small people.

Mary and Joseph were two poor young people tossed around by history, there were humble shepherds, people who have few objections to make, and easy to persuade. God was born among them. The king of the universe and Lord of the whole world surrounded Himself with humble and little people, not of perfect people nor of wise men. Let’s try to be like them, so God will be born also among us.

As Mary become a mother, the Christmas Gospel proposes also to us to become mothers and fathers. The Gospel says, ” When they had seen him, they spread the word concerning what had been told them about this child, and all who heard it were amazed at what the shepherds said to them. “

Yes,  also the shepherds shared in the extraordinary motherhood of Mary. They too became, in fact, able to carry within themselves that little child and to generate Him elsewhere, with the announcement concerning what they saw and experienced.

Every Christian is called to participate in the maternity of Mary, to overcome, as she did, the objections of common sense, to trust in the angel and to generate within himself and around him a new life, hope, mercy, generosity. Everyone will realize this, all will be astonished by this as by a miracle of salvation.

How can we be fathers and mothers? We can be in the Divine Will.

The Divine Will wants to reign in the midst of creatures. It can be paralleled to the Eternal Word, who, in descending from Heaven, enclosed Himself in the womb of His Celestial Mother. Who knew anything? No one, not even Saint Joseph knew, at the beginning of His conception, that He was already in their midst. Only His inseparable Mother was aware of everything. So, the great portent of His descent from Heaven upon earth had occurred, and in reality; and while with His immensity He existed everywhere – Heaven and earth were immersed in Him, with His person He was enclosed in the maternal womb of the Immaculate Queen – no one knew Him, He was ignored by all.

After the first steps Jesus took the second: He went to Bethlehem to be born, and He was recognized and visited by the shepherds of that place. But they were not influential people, they kept for themselves the beautiful news that the Son of God had already come upon earth, therefore they did not occupy themselves with making Him known, with spreading Him everywhere, and He continued to remain the Jesus hidden and unknown to all. But, though unknown, He was already in their midst – symbol of the Divine Will: very often other His representatives came to Luisa, from afar and from nearby, who listened to the beautiful news of the Kingdom of the Divine Will, the knowledges about It, and how It wants to be recognized. But, some for lack of influence, some of will, they did not occupy themselves with spreading It, and It remained unknown and ignored, even though It already exists in our midst; but because It is not known, It does not reign – It reigned only in Luisa, just as Jesus was only with His Celestial Mother and with His foster father Saint Joseph.

Today’s feast tells us that being fathers and mothers has not only a physical sense. Also those who have children must learn how to regenerate them to the new life of the Gospel, also those who are older should learn to continue through their testimony to generate the new life that does not end. Even the little ones have to learn to desire a new world, and right from the start, to make it different from the world that we know, by knowing and living the Divine Will!